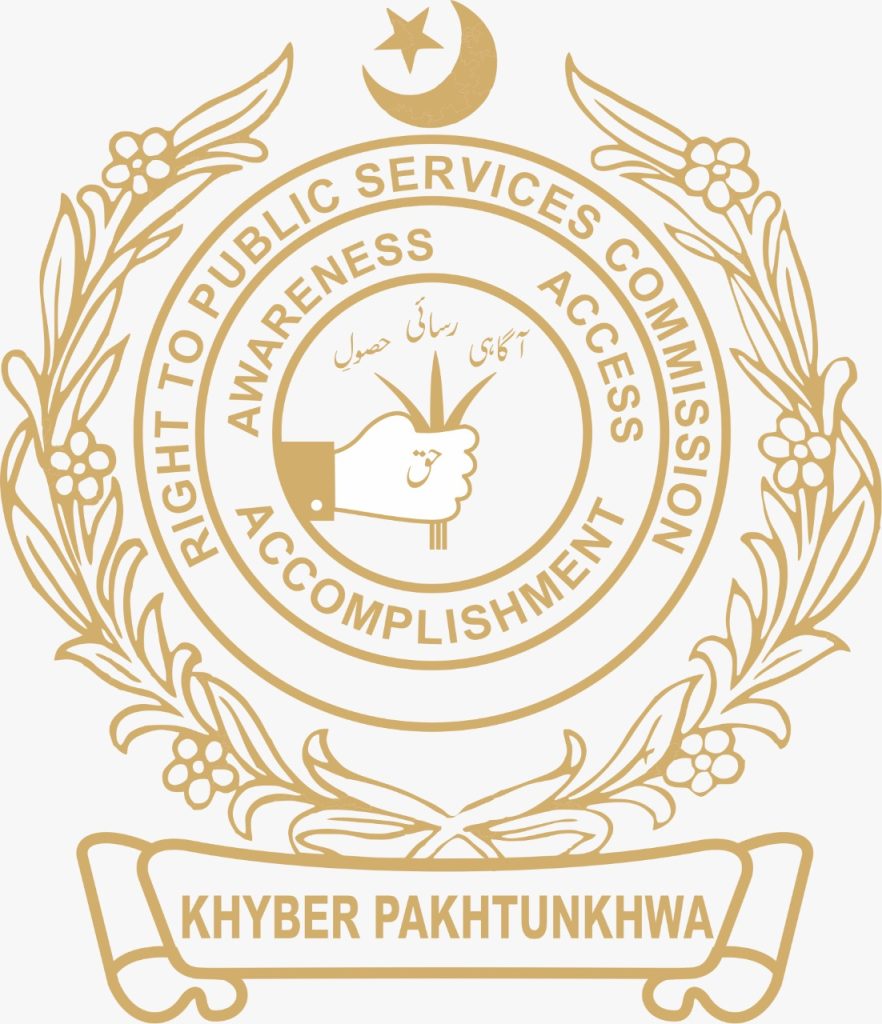 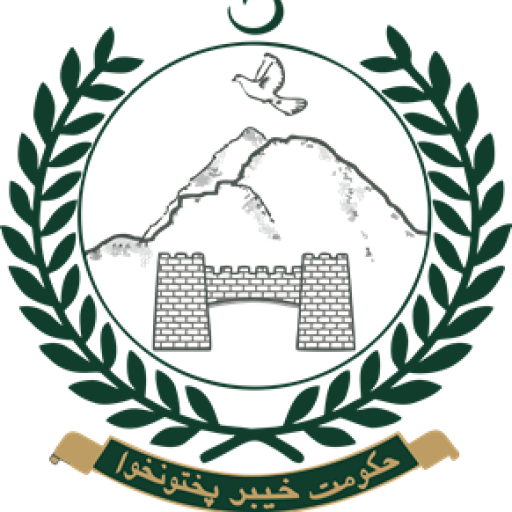 The KP government in 2013 embarked upon on an agenda to introduce a culture of “Good Governance” in the province. As a first step a “Charter of Good Governance Legislative Framework” was prepared and a few landmark laws were enacted through the Provincial Assembly, which inter-alia included the KP Right to Public Services Act 2014. The sole objective of this law is to improve public service delivery. The law provides for:-

2. Making government functionaries liable to penalty if they fail to provide services to citizens in a timely and transparent manner.

3. Compensation to citizens for not having received the desired service in the prescribe time limit. 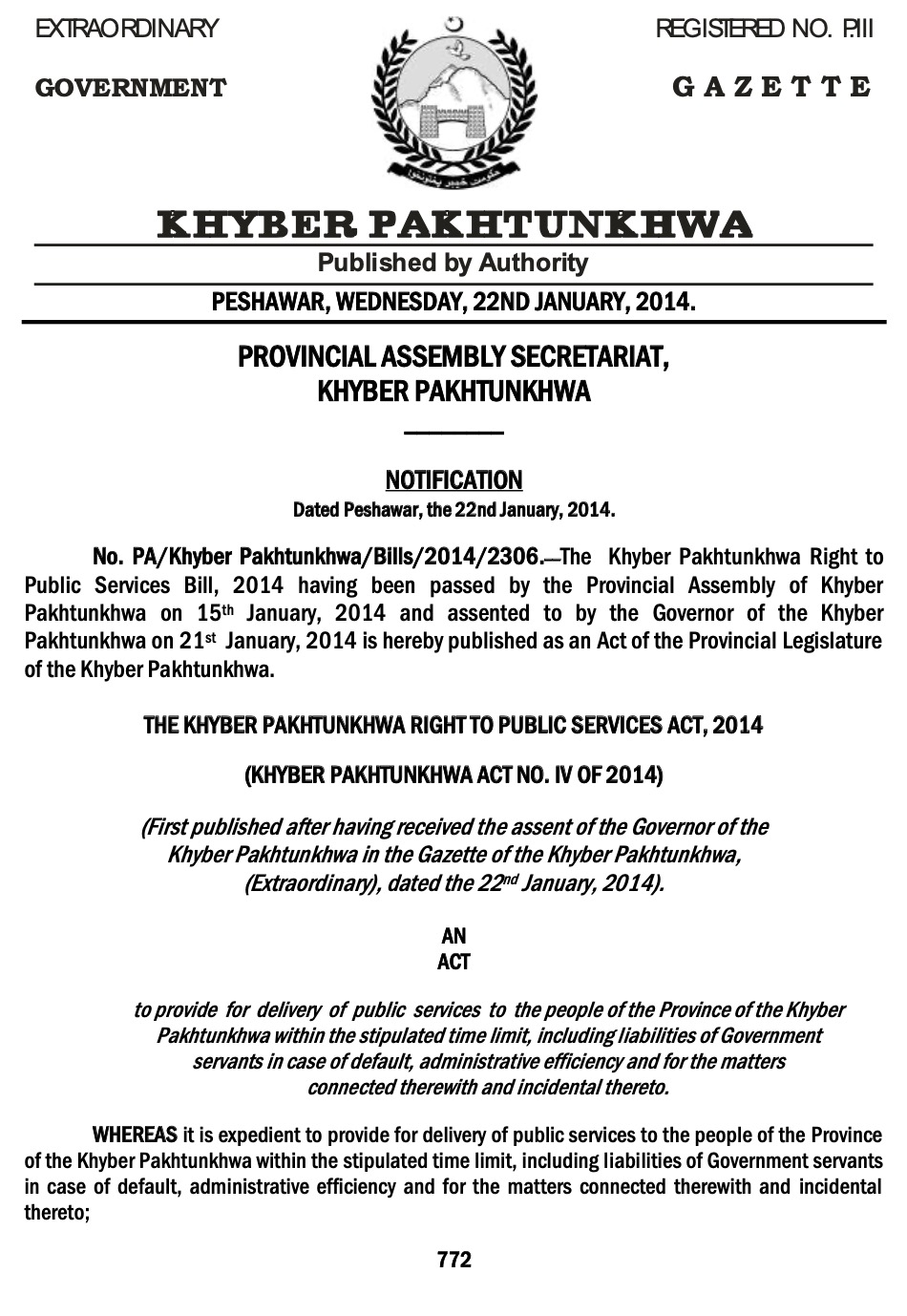 The vision of RTPS Commission is to strive for “Good Governance”, measured by the leading pillars of good governance i.e. Responsiveness, Transparency, Effectiveness, Efficiency, and Accountability.

The mission of the Khyber Pakhtunkhwa Right to Public Services Commission is to hold hands of the citizens for availing time-bound, notified public services from public entities in a transparent and efficient manner as a matter of right and to make the public functionaries accountable, for lapses such as refusal, delay, deficiency, or lack of transparency in providing such public services. 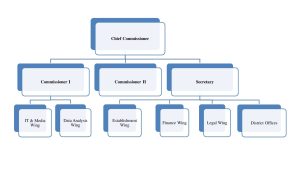 Powers of the Commission:

The Commission shall, for the purposes of its functions under the Act, have the same powers as are vested in a civil court under the Code of Civil Procedure, 1908 in respect of the following matters, namely:-

The Commission shall have powers to regulate its own procedure.

The Commission shall arrange to deliver copies of the decision to the parties concerned within a period of fifteen (15) days from the date of such decision. 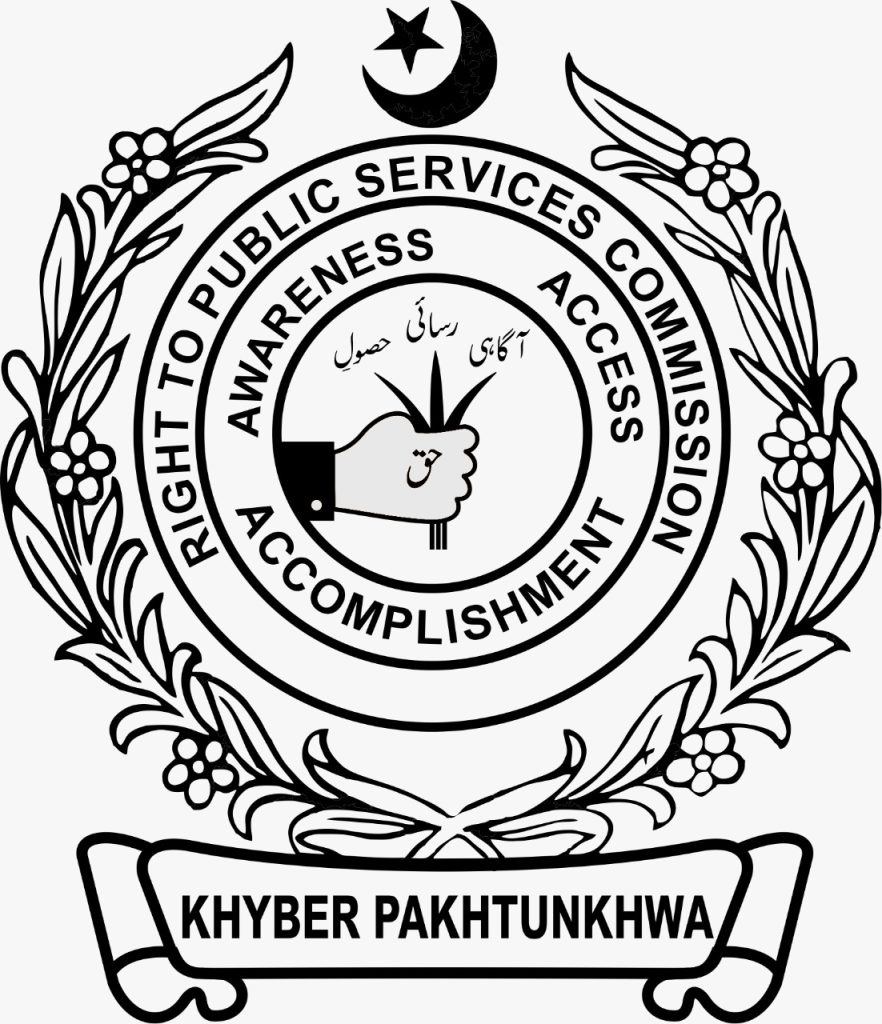